Thank you so much for sharing!

Have you ever made a t-shirt quilt before? They are really great for making memory quilts of t-shirts from sports teams, jobs or special events from over the years in a useful and fun way! I decided 4 days before Christmas last year to make my Dad a t-shirt quilt from his fire fighter shirts. Yup, 4 days (or maybe it was 3). Either way, I don’t recommend that type of time frame but since my kids are older now and we don’t need to build dollhouses or bikes until the wee hours on Christmas Eve I stayed up till 3 am finishing this quilt. oops.

My Dad has been a volunteer fire fighter for The Walt Disney Company for years and with fire season ramping up here in California, it reminded me that I had never shared this quilt! He has collected t-shirts from other fire departments over the years and several years ago when I made THIS VIDEO he had given them all to me for a quilt. I was thankful to finally get around to making this special quilt for him.

Along the bottom, I included the front chest logo of the t-shirts. I wanted to be able to include them somehow, so the t-shirts that had a more horizontal layout got cut shorter than the other shorts to allow for the smaller logos. All of the t-shirts are interfaced with featherlight interfacing to keep them from stretching during the sewing process.

I sashed the t-shirts with a fire engine red kona cotton fabric which worked brilliantly since all of the t-shirts I chose to use were navy blue. I have some more that are white, but I need to get a few more white ones to make him a white/tan/grey version. Thankfully he had enough navy shirts so that I could utilize this classic fire fighter color palette.

Since I decided to make this quilt so last minute, I had to work with the fabrics from my local Joann fabric and could not purchase anything online. They had this nice plaid cotton fabric in my exact color palette that I thought would make a good backing. I wanted to use a “fire fighter” print on the back, but I didn’t like any of the ones they had in stock at Joann. I really wanted it to be classy and not too “on the nose”.

The binding was a patriotic star print with the same color palette and I’m really happy with the way that it all worked together. I quilted “flames” in the sashing with a red thread so it’s a little hard to see and a sharp spiral in a navy thread along the t-shirts. I did not originally plan on having this much quilting on this quilt, but it sort of worked out this way. I didn’t like how my original plan looked, so I picked all of that out and went with this. It took longer, but I love the result. And the flames turned out so cool!

I should also mention that my Dad LOVED it and was so surprised on Christmas Day. The quilt now lives in his home office where he can enjoy all of the t-shirts rather than have them in a drawer.

Here he is peeking out from the top of the quilt so you can get an idea of scale. I don’t remember how big it ended up being, but a nice lap size. I hope this inspires you to make a t-shirt quilt with those meaningful t-shirts you have taking up room in your dresser! Happy Quilting!

Welcome! My name is Melanie Ham and I teach all sorts of DIY, especially crochet and quilting. Have a looksy around, I hope you feel inspired! 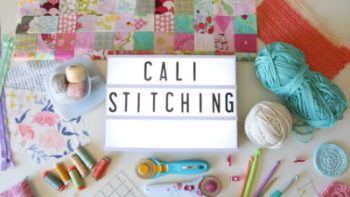 My Source for Sewing Machines! 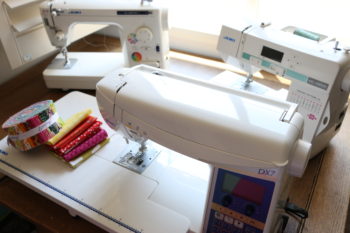 You may not sell my patterns, claim them as your own or distribute the written pattern. Please have any friends or those interested visit the free blog post or purchase their own ad free pdf. You may make individual items to sell (i.e. on Etsy, at craft fairs) from my patterns but please link back to my blog and share pattern credit. You are welcome to share finished items from my patterns on social media, make sure and tag me so that I can cheer you on!

Melanie Ham is a participant in the Amazon services LLC Associates program, an affiliate advertising program designed to provide a means for sites to earn advertising fees by advertising and linking to Amazon.com.  This is at no extra cost to you, Melanie will earn a small commission on qualifying purchases.